Some sloppy bones done in Blender. 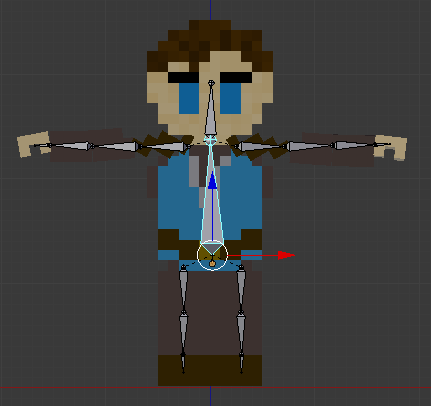 Well, here he is, my first full voxel character. Built in Qubicle, but rendered in MagicaVoxel.

He’s split up into sections so I can add bones for animation. 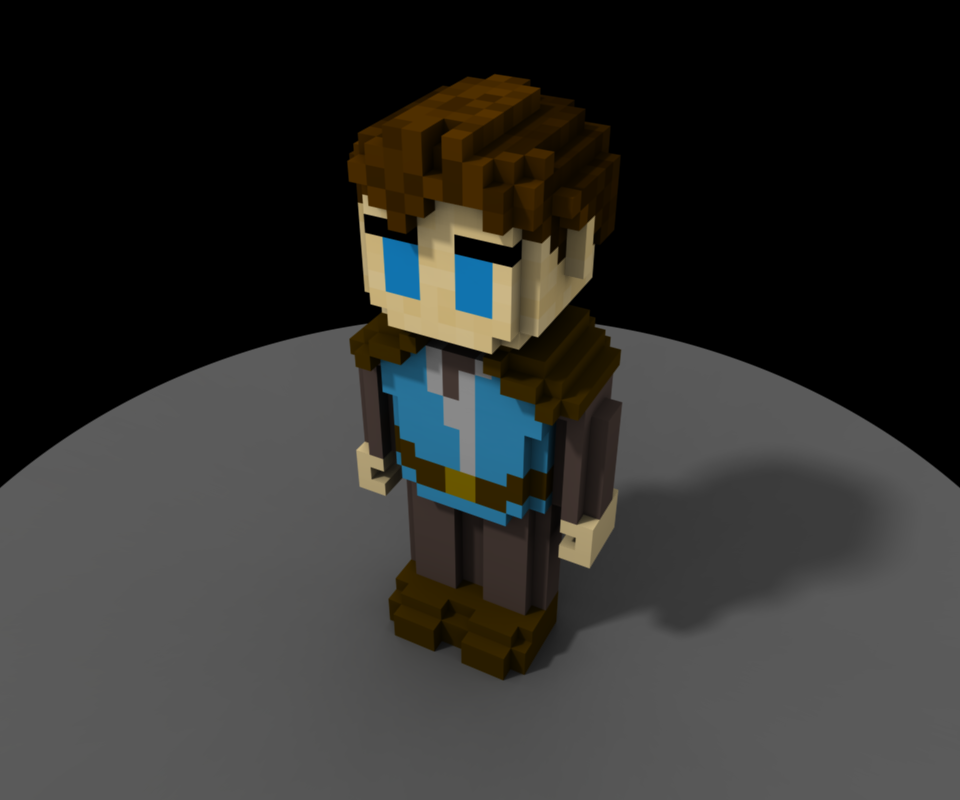 For the programming challenge Chris and myself started, we are making an endless runner with mario like aspects. Because we have limited time we’ve selected Kenny’s art assets as our graphical base and have started the coding.

Earlier today we had our little guy up and about. Running and jumping like he should. Chris is ironing out some of the physics and movement code while I’m currently working on some of the art to supplement Kenny’s and trying to find a decent song for the project. Even with an extended grocery run I think we’ve made some decent progress today.

A quick and fun clip of our first bug: 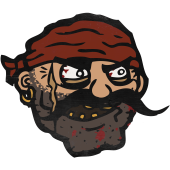 I’ve done a couple update items to my little casual game, Ragin Pirates!   I actually had planned to release these updates a week ago Friday for the Family Day long weekend parts of Canada celebrates.   Insert upper respiratory infection here.   What started as a little cold took a nasty turn and knocked me out for a week.   Most of the work was done, it just needed play testing and tweaking, I just wasn’t up to it.  Now, 5 days into antibiotics I’ve had a chance to drag myself from the covers and play test my changes enough I’m comfortable to release!

The changes are fairly minor but I’m still excited about them.   I’ve made a couple UI tweaks, nothing major but some things that make it easier to play on a smaller touch screen.   I’ve also adjusted the difficulty a very small amount.   It seems only a small percentage were actually able to finish the game.    The most exciting change is Google Play services!   There are achievements and a score leaderboard now.

Lastly I’ve released the game for free!   It’s ad-supported in the menus, but all ads are removed during gameplay.   With this game in particular you really need all the screen real estate to see the enemies.

The “premium” version is still available, and has received all the updates mentioned.   The gameplay and levels are not limited in the free version though, you get the whole game.   The only reason to buy is if you really don’t like ads – even when unobtrusive, or feel like supporting the developer and tossing me a dollar.   🙂

Get them on the play store! 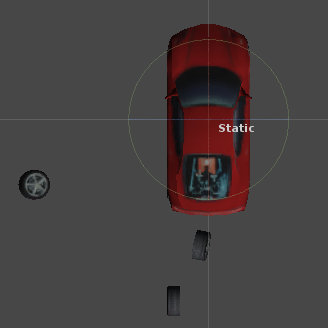 Ah, the excitement of starting a new game when you have no idea what you’re doing.

I’m looking to recreate Spy Hunter, having never done car physics before I figured I could just jump in and do it! I added physics to my new car.  And the wheels fell off.

Here is a quick prototype of a simple arcade game.